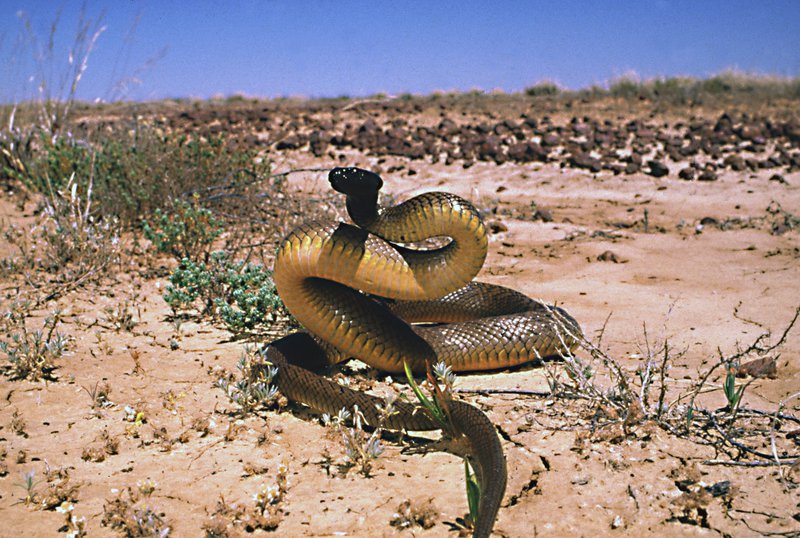 Katrina by Lilian Liu (from our Thursday Zoom Writing Club)

Katrina lifted her head and stopped, her tongue sliding in and out as she sniffed the air, hissing. Katrina had been following a mouse’s scent for hours. Being a taipan snake meant that all females at the age of 28 months had to do the test of catching their first piece of prey on the first day of their maturity. If you failed, you would be dishonoured and banished from the tribe.

Katrina slithered forward quickly as she found the mouse’s scent again. It was very close, only a few metres away now. Eagerly, she exposed her deadly, venomous fangs. This was the day she had been waiting for and she would not fail. She found the glossy black mouse sitting contentedly on the leafy forest floor. Katrina watched with amusement as its mouth slowly hung open with surprise. Let’s get this over and done with, she thought. Somehow, she couldn’t bring herself to sink those fangs into the mouse. She could only stare back with an equal amount of surprise. What’s wrong with me? Won’t I fail and be thrown out of the tribe? Come on, you must be able to kill this mouse. Yet she still remained coiled in position with her mouth hanging open. After a long, tedious amount of minutes, the mouse finally seemed to gather itself together and drew itself up, glaring at Katrina with a rather noble gaze.

“What,” began the mouse, “are you doing?” Katrina blinked rather dazedly and her tail seemed to fumble with the earth as she struggled to respond.

“Then why are you gawking like a lost pup?”

“I don’t know why!” cried Katrina, her tail thrashing around in agitation and confusion.

The mouse studied her thoughtfully for a moment, then took a deep breath and muttered, “Since you didn’t attack me, I guess we can be . . .” He struggled for the right word. “. . . friends? Oh, and my name . . .” He drew himself up with dignity and pride, “is Wilbur, Chief Mouse of the Satin mouse tribe.” He thrust out a paw for her to shake.

Katrina shook it slowly with her tail whilst murmuring, “Katrina.”

“Well,” said Wilbur, clapping his paws together and rubbing them, “what would you like to do now?”

Katrina blinked twice, then stammered, “What do you mean?”

“Come on, snakes allow their offspring to have fun and play around,” responded Wilbur exasperatedly.

Katrina ran through her childhood memories. As far as she was concerned, she had never had a toy in her entire life, and her spare time was spent practise-fighting with other taipans in case they ever were preyed upon by a predator. So, nope, she had never had a moment’s fun in her life. However, with this ridiculous little mouse who expected nothing from her but happiness and fun, she realised she could be free, free from the pain of the tribe’s harsh laws and free from all the torment she had experienced in her life. This meant risking her position in the tribe, but how could she resist this opportunity?

On one hand, Katrina was absolutely delighted. It would be a paradise for her. But on the other hand, she would be banished for sure. Her family would disown her, but still, being with the Satin mouse tribe would be better than sticking to her own tribe and its rules.

When Wilbur finally paused for breath, Katrina laughed and tickled him on the nose with the tip of her tail. “Alright, Wilbur, you can stop listing all the snake-sized things you’re going to make! Let’s just go to your tribe first and then you can list all of these items to somebody else.”

Wilbur scratched his head and then said grumpily, “Fine, then, but I was just about to list the best item yet!”

The conversation went on comfortably, and before long, they had arrived at the entrance to Wilbur’s tribe. It was a cheerful little archway, with mini light bulbs hanging in place of bunting. Shouts and echoes of cheers, laughter and singing reached them, making Katrina’s heart feel warm. Katrina slithered around the archway rather than going through it, and she could already hear Wilbur’s mind adding a snake sized archway to the already formidable list in his head. However, as Katrina rounded the corner, she was dismayed to hear the cheering, laughter and singing change to terrified squeaks of fear, and as she swiveled her head around, she saw many mothers hugging their pups and murmuring words of comfort as they scampered back to their tiny huts.

“Please! Wilbur is my friend and he allowed me to come and join your tribe! I mean, I was hunting him because I didn’t know him yet, but I didn’t hurt him!” She recoiled with disappointment at the sound of the mice hissing, “Lies, lies, lies . . . only a guilty taipan would do that.”

“Excuse me!” came Wilbur’s shout. “These are not lies! These are truthful, honest answers given by a kind taipan! Oh, and her name is Katrina, by the way.”

As Wilbur delivered his short, yet powerful speech, mice started creeping out of their huts and staring curiously at Katrina. Some of them also cried, “Hail Chief Mouse Wilbur!”

Katrina coiled her tail around herself uncomfortably so that no mice would trip over it, all whilst their eyes bored into her, examining every centimetre of her scales. She was vaguely aware of Wilbur telling a mouse to build hundreds, if not thousands, of snake sized things, and when the snake-sized hut was finished (which, in truth, took a remarkably short time), Katrina rested gratefully in it, trying to escape all the probing eyes.

A few weeks later, Katrina had settled fully into Satin mouse tribe life, and none of the mice were suspicious of her anymore, and soon all of her worries had been washed away by the fun she was having.

Meanwhile, back at the taipan tribe, Jasmine, the leader of the tribe and the fiercest snake, had ordered her sorcerer (that just means a snake that has visions of where someone is and can look into the future) to see what one of the most notorious hatchlings, Katrina, was up to. Of course, Katrina had been banished without regret, but Jasmine knew she wasn’t dead, and was most likely not suffering as she was supposed to. When she got the result from her sorcerer, she was outraged.

“Not only has she avoided suffering, she has also been having unimaginable fun!” fumed Jasmine, smacking her tail into her already ruined rabbit. “Even worse, she’s having fun with prey! How foolish can a snake become?!”

Jasmine thought for a while, then mused, “She needs to get the suffering she deserves. The only suitable punishment is death, and I’m stronger than her, so I’ll do it.”

She departed quickly, deciding not to make any fancy speeches because Katrina’s punishment had to be done immediately. So she slithered away into the wilderness, following the scent of Katrina with her extremely sharp nostrils.

Just as Katina had been preparing to dive down one of the newly built snake-sized slides, she heard a terrified squeal. It was definitely a pup’s squeal, so Katrina hurried over to see what had happened. She felt a wave of terror and dread hit her as she realised that Jasmine, the leader of the taipan tribe, had come and was devouring a pup. Its mother, knowing that it was hopeless, had scampered back to her hut, as had all the other mice, including Wilbur. As one raced past, she cried out, “You can defeat that monster, Katrina!”

Katrina felt a bubble of hope rise within her. As Jasmine swallowed her prey, she turned to face Katrina with a sneer of hatred and disgust.

“Befriending prey, are you?” she snarled softly.

“They’re not prey-they’re my friends.” With that, Katrina lunged forward and exposed her fangs, intending to bite Jasmine. However, the chief was too quick for her and darted aside, then twirled around and nipped at Katrina’s tail. She flicked it quickly out of the way, and the battle continued on. Katrina could feel Jasmine’s growing frustration as Katrina darted out of each of her attacks. Then Katrina did a trick bite. She pretended to go for Jasmine’s midriff, and as she anticipated Jasmine shot around and twisted her neck in a delicate manoeuvre . . . right into the waiting jaws of Katrina. She felt a deep feeling of satisfaction as Jasmine’s triangular face went pale, and then her neck snapped and . . . she was gone. The mice came running back out and congratulated Katrina on killing Jasmine and getting rid of a terrible enemy, and Wilbur cleared his throat and said, “By ridding us of this great and terrible fiend, you have been granted the Satin mouse tribe’s honour and respect.”

Katrina was glad of her service, and as she curled her tail around her that night, she knew her friendship with the mice would last forever.