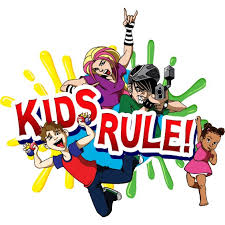 KIDS RULE
Due to the failure of the adult political system, a transformation has occurred. From 25 August 2017, a new era has been announced, to be known as KIDS RULE.  Instead of adults, Australia will be governed by kids, with members of parliament having to resign on their 18th birthday.

As a member of the first kids parliament, your job is to write some new laws. Each member of parliament (MPs) must write 6 new laws which they will then propose to their fellow MPS.

You must say
a) what the law is
b) why you are making it
c) the punishment for breaking it.

PART TWO:  Choose one of your laws and write a speech to your new parliament arguing why your law should become a law.  Use at least two reasons why the law is important.  Try and anticipate objections.

4) The law is not practical – ie people will have to break it just to go about their daily business.